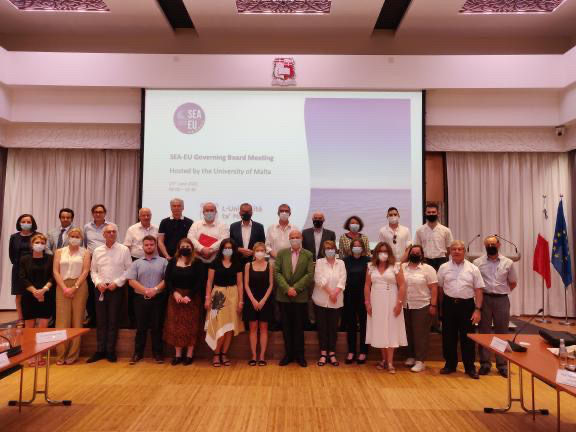 Piniella thanked the organization and the “enthusiasm” put into the continuity of the alliance. The Ministers of Education and Research have dedicated a few words highlighting the importance of this initiative. And the General Coordinator of SEA-EU, Fidel Echevarría, has summarized the first 18 months of the European University of the Seas and has presented the strategy to advance and maintain the international consortium in the long term.

The work package leaders summarised the main achievements so far, and exchanged points of view in terms of how to deal with the last half of the first period of the project.

The visit had also leisure moments as the visit to the Megalithic Complex or a short boat trip. These moments were the perfect scenario to strengthen bonds among the international team members. During their stay in Malta, the Delegations were invited to have dinner in the Spanish Embassy, where the Spanish Ambassador, Mrs. Consuelo Femenía, highlighted the importance of this initiative in the future of Europe.