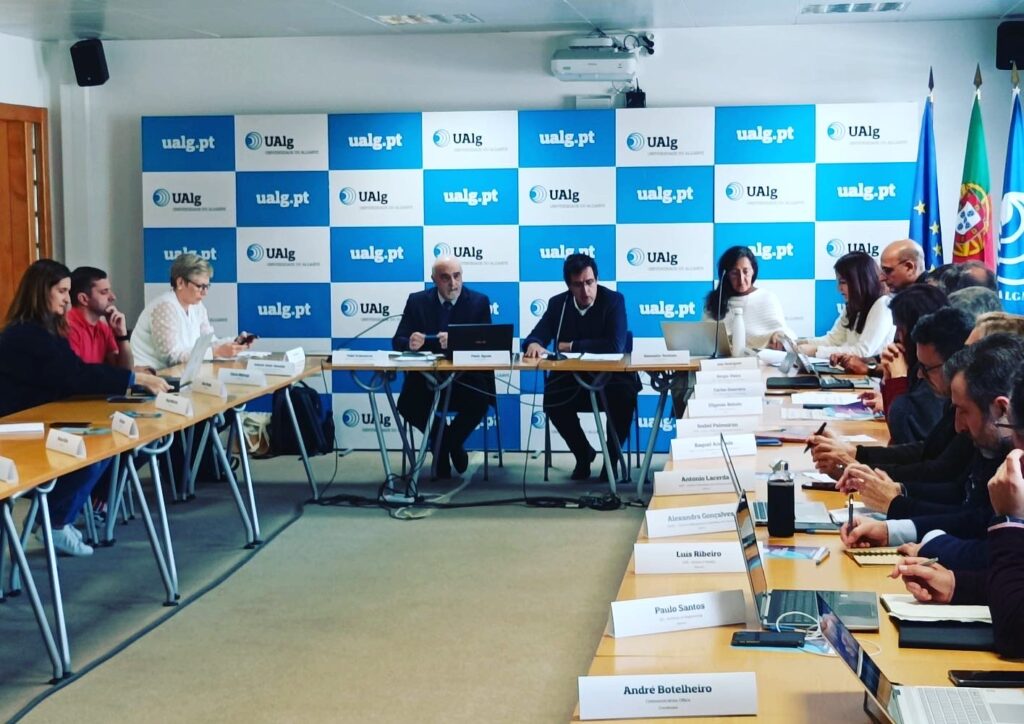 The SEA-EU Delegation at the UCA has started the accompaniment plan for the three new partners of the consortium with a visit to the University of Algarve where they have been able to meet the government team, associate members, and staff assigned to work on the project.

On Monday 16th January, coinciding with the official launch of SEA-EU 2.0, a delegation formed by the General Coordinator of the Alliance, Fidel Echevarría, together with the General Director, Laura Howard, as well as the Director of Planning and Monitoring, Antonio Javier González, traveled to Faro to make the first of what will be three institutional visits that make up the Plan for accompanying new SEA-EU partners.

At the end of July, the European Commission approved the renewal of the Consortium of universities by extending its membership to include the universities of Algarve (Portugal), Naples Parthenope (Italy) and NORD (Norway). In order to carry out a process of welcoming and getting to know each other, those responsible for the coordination of the Alliance, which is again held by the UCA, have designed a plan composed of visits and working sessions to make possible a smooth collaboration from the beginning.