SEA-EU at the EuroCampus event in Versailles 4 July 2022 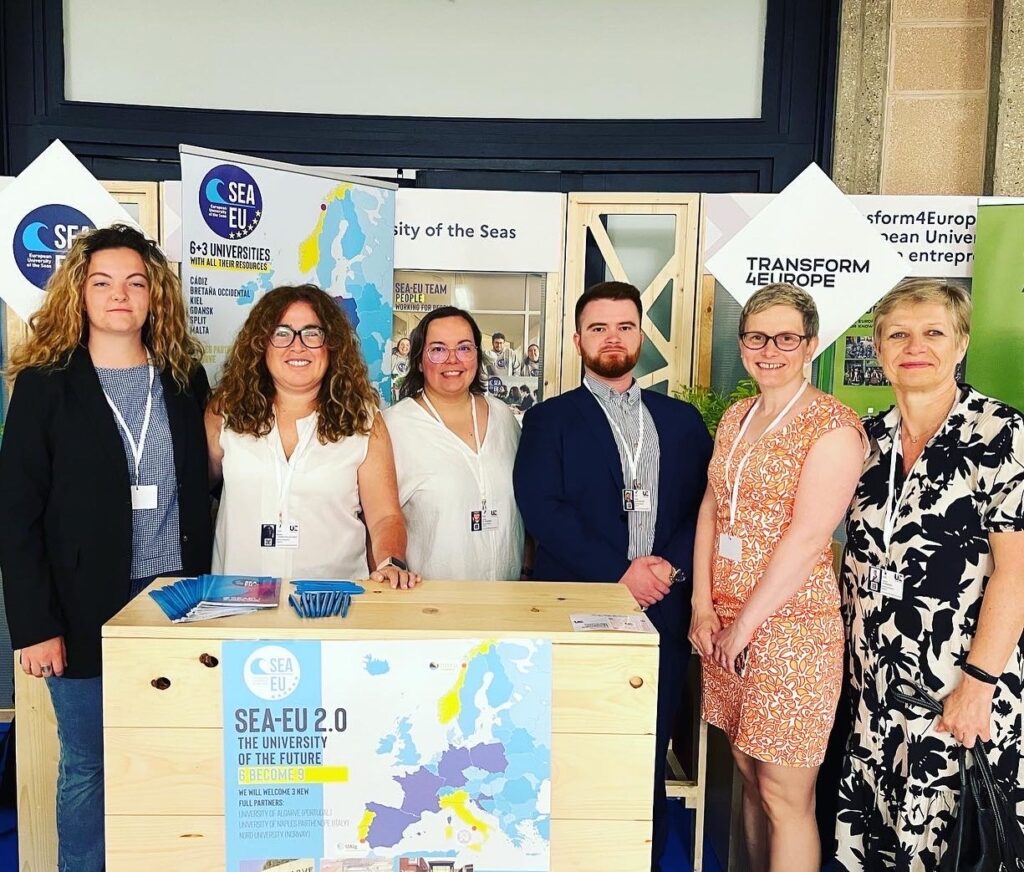 The European University of the Seas SEA-EU participates today in the EuroCampus of Versailles in Paris, a forum organised by the French Ministry of Higher Education and Research that brings together technical and institutional representatives of the 41 European university alliances.

The delegation of the Rector for the SEA-EU of the University of Cadiz included the Vice-Rector for Internationalisation, Rafael Jiménez, the General Coordinator of SEA-EU, Fidel Echevarría, the Director of the Secretariat for Educational Internationalisation of SEA-EU, Laura Howard, as well as the technical and local heads, Belén Chinchilla and Irene de Andrés, respectively. From the University of Bretagne Occidentale, François-Xavier Roux-Demare, Vicerrector for SEA-EU, Delphine Muths, Technical Manager, and Zoe Abarnou, student representative, were present, as well as Roko Glavinovic, student representative from the University of Split.

The French Minister of Higher Education and Research, Sylvie Retailleau, inaugurated this international forum, with a full programme of workshops and conferences for the institutional representatives of the invited European consortia and with the participation of experts from all over the world in the academic, scientific, political, economic and socio-cultural fields, with the aim of promoting dialogue between European university associations, European universities, Member States, the European Commission and the various stakeholders representing the higher education sector. It is complemented by a thematic fair with stands from all the Partnerships, in the framework of the Erasmus programme, both the First and Second European Universities Call.

It aims to consolidate the R&D perspective of the Alliances: working in cooperation to strengthen trust in science, sharing best practices with European and global partners and the need for sustainable financial support.