The second phase of the European University of the Seas, SEA-EU FOR ALL, officially begins. 16 January 2023 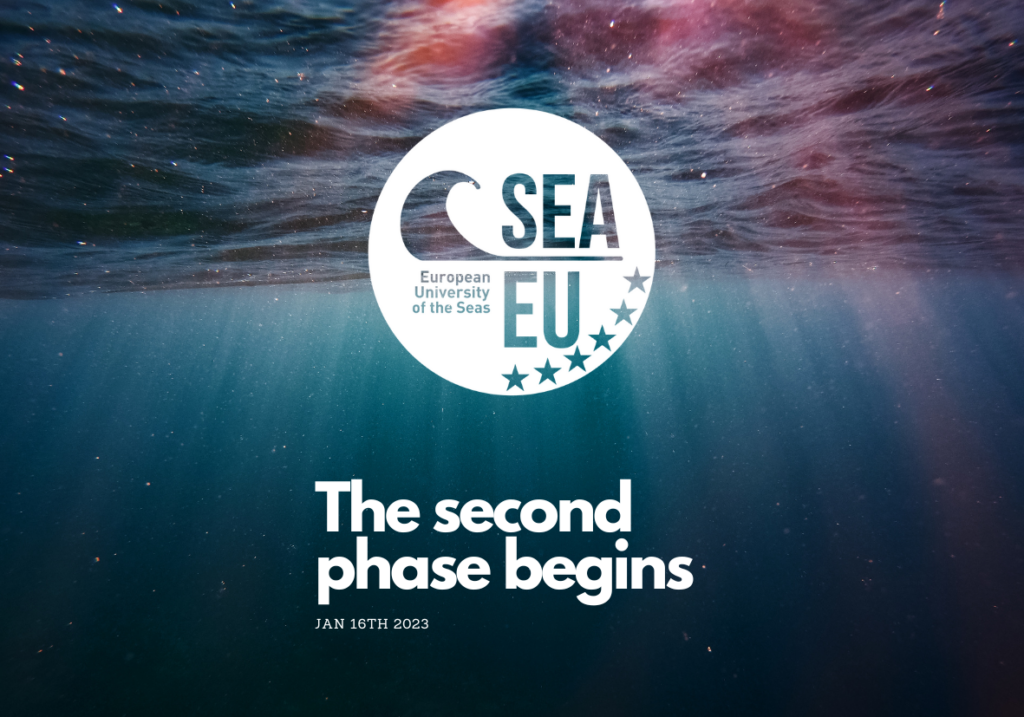 Today, Monday 16 January 2023, marks the official start of the second phase of the Alliance, now consisting of 9 universities.

The European Commission approved last July what will be the second phase of SEA-EU in the European Universities initiative. A total of €18,000,000 will support this 9-university Alliance, coordinated by the University of Cadiz, for the next 4 years.
The 16th of January 2023 is marked by the consortium and by Europe as the official starting date of this stage in which the objectives of transforming education through new joint degrees, mobilities, collaborations and innovative methodologies are more and more ambitious.
The universities of Western Brittany (France), Kiel (Germany), Gdansk (Poland), Split (Croatia), Malta (Malta), Naples (Italy), Algarve (Portugal) and NORD (Norway), through their Rectors, rectors’ teams and technical staff assigned to SEA-EU, will visit the University of Cadiz on 7-10 February to hold an initial meeting in consortium week format to define the work plans, responsibilities and tasks to be developed in the coming months.

This will be an essential meeting to get to know better the new additions, which are not limited to the new partners as, in line with the commitment of the Universities that make up the Alliance, the teams destined to work in SEA-EU are expanding.