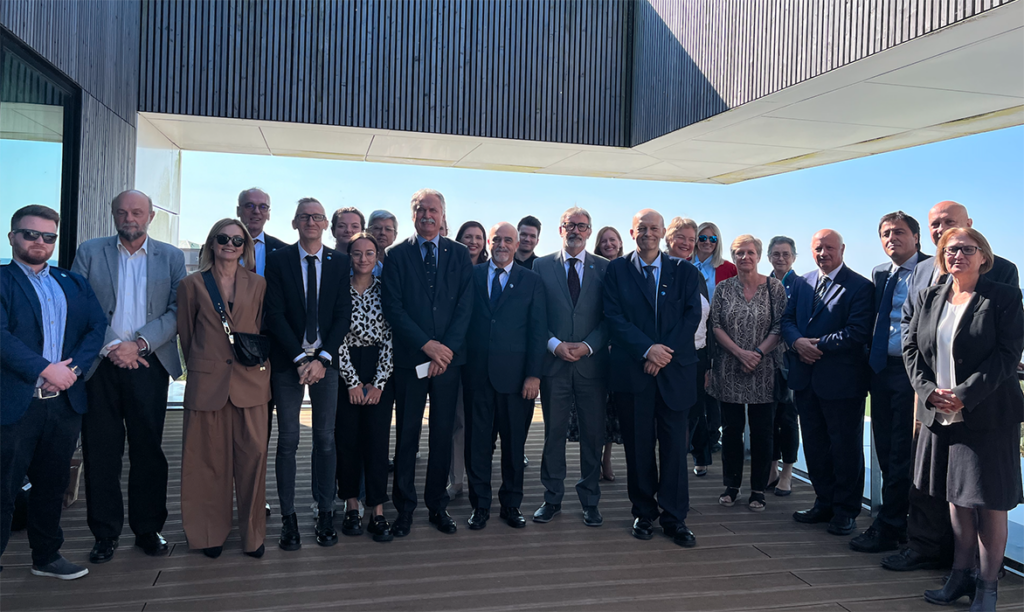 The University of Western Brittany UBO in Brest (France) hosted the last meeting of the Governing Board of the European University of the Seas SEA-EU 1.0 on 21 September. The rector of the University of Cadiz, Francisco Piniella, together with the rector of the UBO, Matthieu Gallou, opened the meeting, which was attended by the rectors of the nine partner universities that will form this European alliance in its second phase: Western Brittany (Brest), Cadiz, Gdansk (Poland), Kiel (Germany), Malta, Split (Croatia) and the three new members Algarve (Portugal), Naples Parthenope (Italy) and Nord (Norway).

The agenda included the analysis of the achievements of this first stage, under the coordination of the University of Cadiz, as well as the transition to the second stage: aspects of justification, changes in the governance structure, etc. The General Coordinator of SEA-EU, Fidel Echevarría, gave a summary of the evaluation of the SEA-EU 2.0 proposal.

Afterwards, the Student Council reported on how they have experienced the first stage and what suggestions they make for the second stage. The meeting hosted a discussion on the lessons learned in these first years and how to apply them in the transition to the next one. Finally, an assessment was made of the status of the two nested projects: reSEArchEU and SEA-EU DOC.

The project leaders also reminded that the Kickoff meeting of the second phase of the Alliance will be held at the University of Cadiz in February 2023.